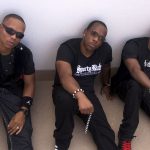 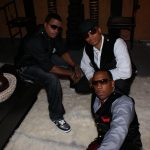 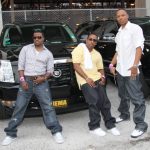 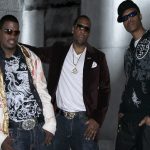 A direct byproduct of the hugely successful 1980’s vocal quintet “New Edition”, “BBD” merged the irresistible sounds of Hip-Hop beats, New Jack Swing and R&B harmonies. The result was the1990’s explosive debut album, “Poison.” Selling more 4 million copies, the “Poison” LP spawned four chart topping singles including “Do Me!” “BBD…I Thought It Was Me,” “When Will I see You Smile Again” and the ever-enduring, party-starting platinum selling title track “Poison.” In 1991, the group followed up their debut album with “WBBD-Bootcity” (A Remix LP). “Bootcity” sold over 700,000 units. In 1993, BBD released their gold-certified “Hootie Mack” LP that produced the sultry hit ballad “Something In Your Eyes.” In 1996, “BBD” rejoined their childhood comrades Bobby Brown, Ralph Tresvant and Johnny Gill to record New Edition’s multi-platinum reunion album “Home Again.” “Home Again” sold more than 2 Million units and birthed a reunion tour for the ages. In 2002 BBD released their third studio album “BBD” which produced the red-hot club-banger “Da Hot Sh*t” co-written by BBD and produced by Rockwilder.

Following their 2002 studio collaboration and tour, Bell Biv DeVoe took some time out to focus on their respective personal lives and independent projects. Michael has continued to be a force in the entertainment industry lending his creative genius to several projects including numerous appearances on MTV’s “Making the Band 4” and most recently joining the cast of “THE APOLLO LIVE,” (a talent competition show on the BET Network), as an expert judge holding his own along side entertainment legends Gladys Knight and Doug-E Fresh. Pursuing a life long passion, “Big Ron DeVoe” opened his very first, self-titled, “Remax” endorsed, real estate brokerage firm in Atlanta. As a result of his debut solo album, “Ricardo Campana” (2002), Ricky invested most of his personal time honing his talents as a vocalist, songwriter and businessman. Ricky anticipates recording his second solo project in the not-so-distant future.
In addition to splitting time between their personal and professional obligations, there is nothing more important to BBD than their beloved die-hard fans. And although life continues to deal them new challenges everyday, the intrepid trio has faced their fair share of trials and tribulations, which has rightfully taught them to master the art of survival in this often times deceptive game of unavoidable pitfalls called show business.

Presently Ricky, Mike and Ronnie are stronger today than ever before. Since the early days with New Edition, BBD has sold over 20 million albums worldwide and have won the hearts of millions of fans globally. Along the journey they’ve also earned the coveted respect of their industry Execs and peers. BBD’s many accolades include numerous Grammy nominations, three American Music Awards, two Soul Train Awards, countless “Key to The City,” as well as an abundance of esteemed salutations for their many humanitarian efforts. Most recently Ricky, Mike and Ronnie were bestowed (along with Ralph, Bobby & Johnny) with the 2013 Soul Train Music Awards Lifetime Achievement honor. BBD’s extraordinary accomplishments have set them apart from their peers and have cemented them as pioneering icons in their own right.

In 2014 – as New Edition celebrated their 30th Anniversary in show business, BBD took their place to complete the ALL SIX New Edition Tour. Shows sold out cross the nation and it was reviewed as one of the summer’s hottest concerts.
2015 marks BBD’s 25th celebratory anniversary for the crossover R&B/Pop hit “Poison”. To observe this milestone, BBD plans to tour, as well as publish an all encompassing biographical book, produce TV and film projects and much more. “BBD” vows to keep it rockin’ for their fans until the wheels fall off!