A taxi driver came to the rescue of Sister Sledge after their vehicle broke down on the way to headlining GODIVA Festival.

The iconic band, known for hits such as We Are Family, were due to close Coventry’s Godiva Festival on Sunday.

They arrived with minutes to spare and “got to do some singing in the cab,” founder member Debbie Sledge said.

An estimated 50,000 people attended the three-day festival at the city’s War Memorial Park.

Click the hyperlink below to read the full article:

On August 7,2021, Dennis Thomas (known as “Dee Tee”), beloved husband, father and a co-founder of Kool & the Gang, passed away peacefully in his sleep at the age of 70 in New Jersey.

Dennis was born on February 9, 1951, in Orlando, Florida.  He was married to Phynjuar Saunders Thomas and was a long-time resident of Montclair, NJ.

An original member of Kool & the Gang, Dennis was known as the quintessential cool cat in the group, loved for his hip clothes and hats, and his laid-back demeanor. A huge personality while also an extremely private person, Dennis was the alto saxophone player, flutist, percussionist as well as master of ceremonies at the band’s shows.  Dennis’ prologue featured on the groups 1971 hit, “Who’s Gonna Take the Weight” is legendary and an example of his showmanship.  Dee Tee was the group’s wardrobe stylist who made sure they always looked fresh. In the band’s early days, Dennis also served as the “budget hawk”, carrying the group’s earnings in a paper bag in the bell of his horn.

To date, the band has earned two GRAMMY® Awards, seven American Music Awards, 25 Top Ten R&B hits, nine Top Ten Pop hits and 31 gold and platinum albums. In addition, their bulletproof funk and jazzy arrangements made them the most sampled band of all time. Kool & the Gang’s music was also featured on the soundtracks of countless films including the classics Rocky, Saturday Night Fever and Pulp Fiction. From Nairobi to New York, Kool & the Gang continues to perform, longer than any R&B group in history.

In 2014, the band was honored with a Soul Train Lifetime Achievement Award; and in October 2015 they were honored to take their place as American musical icons with a star on The Hollywood Walk of Fame. They are also included in installations at both the National Museum of African American History and Culture in Washington, D.C. and the Grammy Museum in Newark, NJ. On March 24, 2021, Kool & the Gang’s timeless hit “Celebration” was inducted into the Library of Congress National Recording Registry, Class of 2020.

Recently, Dennis was featured on “Kool TV,” a series of animated shorts about the band members’ childhoods and career.

He is predeceased by his mother Elizabeth Lee Thomas, his sister Darlene Thomas and his daughters, Michelle Thomas and Tracy Jackson. Michelle Thomas was an actress on The Cosby Show, Family Matters and The Young and the Restless and passed away in 1998.

Pyramid Entertainment has been Kool & The Gang’s booking agent since the 1980’s and “DT” was more family to us than a client.

A creative genius, legendary musician and a special human being, He will be sorely missed. Rest in Peace

Kool & The Gang have returned with a new song, “Pursuit of Happiness” from their upcoming album, “Perfect Union”.

In a statement, Kool & the Gang’s Robert “Kool” Bell explained that “Pursuit of Happiness” was written by his late brother, Ronald Bell, during Barack Obama’s 2012 re-election campaign. “It was in some ways inspired by that time in history but, even more than that, my brother was inspired to voice the aspirations of so many of the people we meet during our travels to countries all over the world,”

Please click on the below hyperlink to read the full article: 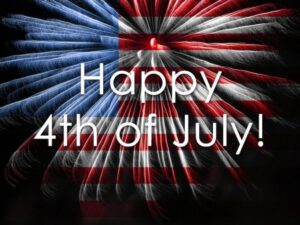 The Formula 1 U.S. Grand Prix weekend is scheduled for Oct. 22 through Oct. 24.
Billy Joel is slated to take center stage on Oct. 23, and Twenty One Pilots October 22.

Kool & The Gang joins these two massive headliners and is set to perform Sunday October 24, 2021

To learn more about the Formula 1 U.S. Grand Prix at Circuit of The Americas in Austin, Texas, visit: http://www.circuitoftheamericas.com/f1.

The UK’s live entertainment community is holding its breath for the government’s long-awaited June 14 Covid briefing, after speculation started to emerge over a proposed delay in allowing venues and festivals to reopen without restrictions.

Click on the hyperlink below for the full story:

The Los Angeles Philharmonic Association announced the summer Hollywood Bowl concert bowl lineup Tuesday, featuring performances ranging from Christina Aguilera, Kamasi Washington and Earl Sweatshirt to ‘The Princess Bride’ in concert. The season will start with the traditional July 4th Fireworks Spectacular starring Kool & the Gang, which will take place both July 3rd and on the 4th.

The Hollywood Bowl in Los Angeles, will reopen, with restrictions in May and hopes to expand as health guidelines evolve, according to the Los Angeles Philharmonic Association that runs the venue. The theatre will open to limited capacity audiences of 4,000.

Please click the below hyperlink to read the full article >>