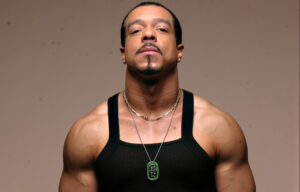 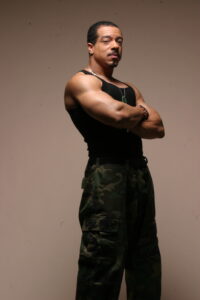 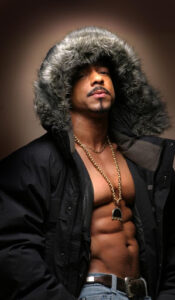 EVERYBODY DANCE NOW!!…With over 8 million units sold, it was and still is today, the song heard round the world! As the front man and co-founder of the international multi-platinum selling group C and C Music Factory, Freedom Williams has traveled and performed around the world extensively, and has yet to meet a crowd that he couldn’t captivate. His performing abilities are just one of the things that keep the crowds mesmerized. Freedom was born in Bedford Stuyvesant in Brooklyn, New York and raised in Queens, New York which is where it all began. Queens, New York has been the home to some of the greatest rappers and entertainers to ever grace a stage.

Freedom went to Junior High School in Hollis, Queens, home to RUN-DMC, Jam Master Jay, and L.L. Cool J. Freedom wasn’t just a watcher of Hip-Hop culture; he was one of the innovators and early hands-on creators. He would rock basement parties as MC Tiny Tim, a name he took from the 70’s and 80’s funk group The Fat Back Band and their song entitled “King Tim the 3rd,” which predated Sugar Hill’s “Rappers Delight” as the first commercially successful Rap record.

Freedom’s first commercially successful single was put out on the independent label Nu-Groove Records owned by Frank and Judy Russell he was featured as a guest vocalist. Def Jam records executive Kelly Monaghan, introduced Freedom to them. Interestingly enough, the song was called “Rise to Freedom,” which was produced by the 7 member, house music super group, Total Science out of East New York. The single featured Underground Network founder Barbara Tucker.

Freedom’s second single entitled “Get-Dumb,” which was distributed by Vendetta/A&M Records and co-produced by Kenny “Dope” Gonzalez of the now famous Masters at Work tandem (which also includes Little Louis Vega), was on the B-side of the hit song “You’re my One And Only (True Love)” by Seduction, which was put together by mega-hit producers Clivilles and Cole. Shortly thereafter, Freedom, Cole and Clivilles would form C and C Music Factory featuring Freedom Williams. As soon as Rob and Dave (Clivilles and Cole) heard Freedom rap, it was a wrap. With five #1 Dance/Club Play hits, including “Gonna Make You Sweat” (Everybody Dance Now), “Rock N Roll”, Things That Make You Go Hmmm”, “Just a Touch of Love” and “Do You Wanna Get Funky” in the early to mid 1990s, it is hard to argue that fact.

Freedom is currently working on film projects, community activism and new music. His recent singles “Mindbounce” with newcomers, Speakerbox, peaked at number 19 on the Billboard Dance chart with “Party Time” also making noise on the overseas charts. He is also featured on the hit single “Underlying Feeling” with the Dance Diva, Sylvia Tosun. For 2013 Freedom has collaborated with DJ Unk (“Walk it Out”, “2 Step”) protégé “Stranger Candy” and the internationally acclaimed DJ/Production team “Audio Junkies” to bring you the New Millennium “Everybody Dance!” and a new album of hot new material to solidify his legendary status in the EDM and Hip Hop worlds.
Freedom is still captivating crowds around the world and is arguably the most recognizable voice in dance music history but he is also a Hip-Hop force to be reckoned with.