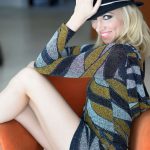 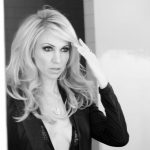 For 30 years, Debbie Gibson has proven she’s an entertainer of immeasurable talent. From singer, songwriter and musician to actress and dancer, she embodies what it truly means to be an entertainer. A music prodigy, Gibson burst on the Billboard Pop Charts at the tender age of 16 with the self-penned “Only In My Dreams.” The “Original Pop Princess” quickly became the youngest artist ever to write, produce and perform a No. 1 hit song, “Foolish Beat,” and entered the Guinness Book of World Records. To date, she is still the youngest female to hold that record. Gibson has sold more than 16 million albums worldwide, performed for British Royalty and hosted “The American Music Awards,” produced by friend and legend Dick Clark.

After conquering the pop world with three consecutive albums and world tours, she set her sights on the theater and starred in 17 musicals in 17 years. Gibson made her mark in the Broadway production of Les Miserables as Eponine. She broke box office records in the London West End production of Grease as Sandy. She then took the stage in the U.S. Broadway tours of Grease as Rizzo and “Funny Girl” as Fanny Brice. Gibson also wowed critics as Belle in Disney’s Beauty and the Beast, Gypsy Rose Lee in Gypsy, The Narrator in the national tour of Joseph and the Amazing Technicolor Dreamcoat, Cinderella in the national production of Cinderella with Eartha Kitt, Velma Kelly in Chicago, and, Sally Bowles in the Broadway revival of Cabaret with Neil Patrick Harris.

Continuing to dazzle with entertainment magic, Gibson bridged the gap between pop music and Broadway with her one-woman show “Pop Goes Broadway.” During her sold out summer run in 2008 at The Concert Venue at Harrah’s, critics agreed it was “the best show Atlantic City has seen in quite some time…it’s totally entertaining.” Phil Roura of the New York Daily News said, “she has mastered her craft to the point where she just doesn’t perform a song – she embraces it and delivers it with her own special stamp of approval.” To fill her passion of mentoring and fostering young performers and songwriters, she also created “Debbie Gibson’s Electric Youth,” a series of performing arts camps and music boot camps.

Gibson made her debut in the world of orchestration for Dr. Rutledge’s documentary, now available on demand, “3 Billion and Counting,” about Malaria prevention in third world countries. She collaborated on the score and the powerful closing credits song, “Rise,” which was shortlisted for an Academy Award nomination. She composed two original songs for “Cirque Dreams Symphony,” which toured the U.S. Gibson then released a new album, Ms. Vocalist, from Sony Japan that was top 10 on the Billboard charts. The first single, “I Love You,” hit No. 1 and she headlined a sold out tour.

In 2011, Gibson starred with Tiffany in the SyFy hit “Mega Python Vs. Gatoroid,” which led to a joint sold out tour as well as a performance on GMA’s Summer Concert Series. She also appeared in Katy Perry’s hit music video for “Last Friday Night (TGIF).” As a spokesperson for Children International, she spent time in impoverished villages in Manila. For more than 20 years, she has been a child sponsor and advocate. In 2012, she raised more than $50,000 for Children International on The Celebrity Apprentice, and made a cameo in the film “Rock of Ages,” as part of Russell Brand’s Rocker Posse.

Gibson starred as a celebrity judge on “Sing Your Face Off,” a music competition show that aired on ABC in the summer of 2014, and joined an esteemed list of musical performers as a 2014 inductee of the Long Island Music Hall of Fame. She starred in the 2015 UP original movie “The Music In Me,” featuring a new, original song “Promises.” She wrote a new song, “Angel,” for the debut album of Nickelodeon star Isabela Moner, co-wrote and is featured on Big Black Delta’s electro-pop song “RCVR,” and honored with the Lifetime Achievement Award from Rockers on Broadway in 2015.

In 2016, Gibson created, executive produced and starred in Hallmark Channel’s “Summer of Dreams,” which featured her new, original song “Wonderland” and a new acoustic version of her self-penned, debut, hit single “Only In My Dreams.” The original movie was the highest-rated and most-watched movie premiere in the network’s “Summer Nights” franchise with 2.5 Million total viewers, becoming the No. 1 rated program and telecast on August 27. “Summer of Dreams” was also the week’s most social original movie premiere across broadcast and cable, attracting the most Uniques and Interactions on Facebook and Twitter combined than any other original movie premiere.

As a recent cast member of the 25th season of “Dancing with the Stars,” Gibson shows no signs of slowing down. She celebrates the 30-year anniversary of her pop career with her commemorative, retrospective 10 CD / 3 DVD box set We Could Be Together available on Amazon. She has two original Broadway musicals in the works, one with Jimmy Van Patten entitled “Flunkytown” and the other entitled “Skirts” as composer and lyricist with Hilary Carlip and Katie Ford. Gibson is developing new TV projects, continuing to mentor and produce up and coming artists and tour the world with her electric live performances, and working on new music. From No. 1 hits and platinum albums to starring roles on stage and screen, Gibson is a true entertainer with timeless talent and charisma.