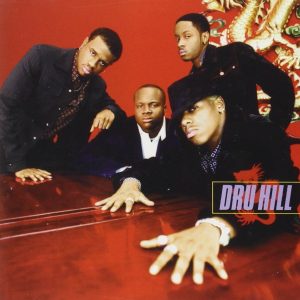 Founded in 1992 as “14K Harmony,” the group, discovered by manager Kevin Peck, evolved to become “Dru Hill” in 1996, engraving itself into the legacy of R&B music and bringing a dynamic sound to the ever-changing industry. Known for hits like “Tell Me,” “In My Bed,” “Never Make a Promise,” and “How Deep Is Your Love,” the group has given the world music for the ages. As the dynamic quartet gears up to celebrate their 20th Anniversary, it’s clear that they’ve just gotten started. In celebration of their journey thus far, the group has exciting surprises in store for its expanding fan base everywhere. Recording new material and continuously performing at sold-out venues around the globe, Dru Hill continues to solidify its legacy as one of the greatest groups of all time.