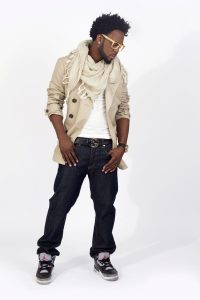 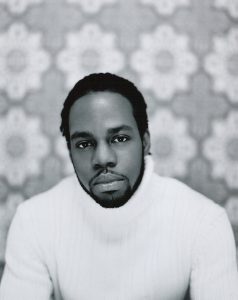 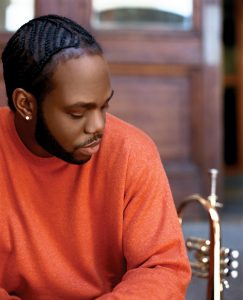 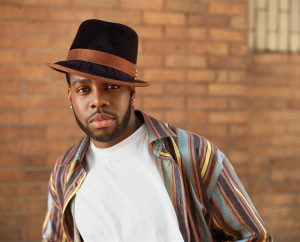 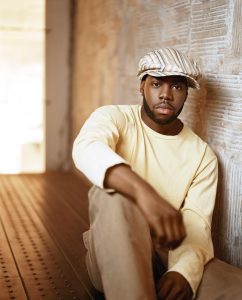 Possessing a cool, conversational tenor, an ability to create lush, aquatic grooves and narrative lyrics that flow with the cadence of a rapper’s, Detroit’s Andwele Gardner has proven himself as a consistent hit maker since selling self-mastered copies of Rize from the trunk of his car back in 1998. Now, over a decade later, the 32-yearold multi- Grammy-nominated singer, songwriter and multi-instrumentalist plans to cement his reputation as a legacy-building soul provider and storyteller with his fourth major-label release,! W.W.W. (W.ants. W.orld.
W.omen), a collection of songs combining elements of both R&B and hip-hop to express his personal and political views as filtered through the turbulent economy and political climate of today.

“The CD is separated into three sections, representing different aspects of myself as an artist,” says Dwele of W.W.W, which was released on June 29. “I’m doing a lot of things I wouldn’t normally do, such as pulling in some outside guests. Prior to this album, I didn’t want to work with too many others because I wanted people to know what Dwele sounds like, but now that this is my fourth album, I feel that I can try that now.” Among the list of collaborators? Vocalist Monica Blair, rapper David Banner, R&B peer Raheem DeVaughn and a reunion with
Slum Village, the homegrown hip-hop group that helped to propel him into the national spotlight with their 2002 smash, “Tainted.”

The first single, “What’s Not To Love,” is also a reunion of sorts,! pairing him up with a producer he’d worked with for Some Kinda…, Mike City. “We just revisited the situation from before (“I Think I Love U”) and let it flow from there,” says Dwele of its adoring verses and nebulous feel. “I like to think that I can speak for a person for when they can’t find the words, like a Hallmark audio card. I hope the song can be that for someone.”

W.W.W. has a decidedly crisp, contemporary feel in comparison to his previous efforts, according to Dwele, while
retaining his trademark organic approach and acknowledged influences of music’s most celebrated soul men. “Sketches of a Man” .was a more hip-hop-influenced album, Subject was really soul-influenced and Some Kinda was jazzier. With W.ants, W.orld, W.omen, I wanted to do as Marvin Gaye and Donny Hathaway did. When you
hear their music now, you feel exactly what the climate was at the time, and that’s the job of musicians, to talk about the world’s situation. Not that he intends to do so from a soap box: “The Hangover,” for example, sounds like a club-ready call to the dance floor, but is actually social commentary in disguise. “It’s really talking about what we went through when (former President) Bush was in the lead. People may not get that until they’ve heard the song a couple of times, but that song encompasses what the W.orld section is all about, the hardships as far as the changing of the presidents and the rough economy we’ve endured.”

Another revealing song, “I Wish,” can be found in the W.ants segment. Instead of being a cover of the Stevie Wonder classic, the song is about “flossing and flashing” and expresses all of the material desires the performer has in stark contrast to how he’s really living: “I wish I had a dollar for every dollar you think I have, I wish I had a Gucci suit inside that Gucci bag.” The inspiration? “In one week, I got asked for a total of $23,000,” he laughs.
“I don’t even ask myself for $20,000.”
It all factors into the creative process for Dwele, who started piano lessons at the age of six and later added bass, guitar and trumpet to his repertoire. His budding musicality served as a healing balm just a few years later when,
tragically, his father was murdered just outside his family’s West Detroit home. And although the exploding phenomenon of hip-hop initially steered him into dropping rhymes, Dwele’s lifelong love of soul and jazz beckoned, so it was those influences that made their way into his demo, Rize.