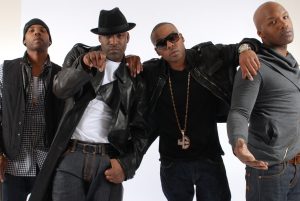 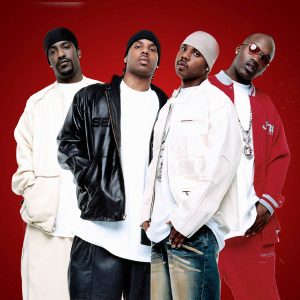 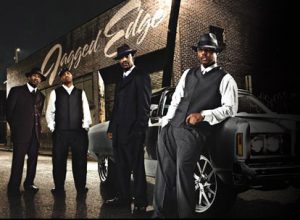 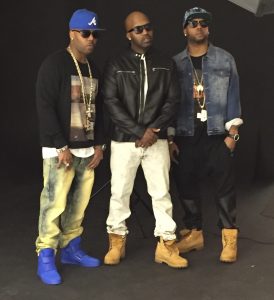 R&B music is cluttered with so many boy bands that it’s hard to keep track of who’s who. But when it comes to distinction and “edging out” the competition while creating a league of their own, the men of Jagged Edge always manage to successfully stand out. After a solid upbringing where they honed their vocal skills in church choirs, Jagged Edge first came together in Atlanta, Georgia. Connecticut natives Brian and Brandon moved to the Peach Tree State and connected with Kyle and a few other song men.

Although they planned to sign with Michael Bivins and his Biv Ten label, it wasn’t meant to be. Changes were made. Xscape’s Kandi Burress brought Wingo to the group. A demo was shopped. And after hearing a live a capella performance by the quartet, Jermaine Dupri quickly signed the captivating crooners to his So So Def label. Always keeping writing duties within the group, Jagged Edge has stood out from the beginning. “We’ve always kept all of the writing in house. Three albums later, Jagged Edge keep minting the hits, daring to write about, and venture into, untapped territory. “Times change and we try to keep it fresh and new. We write our lyrics to reflect events that are going on in our lives,” says Wingo. “Without the meat of the music, which are the lyrics, you really don’t have anything,. So we try to improve each and every time.”