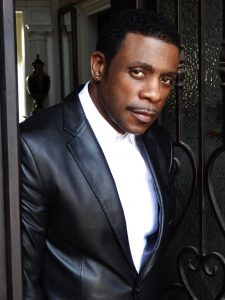 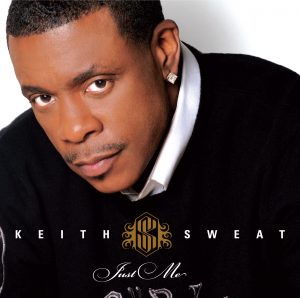 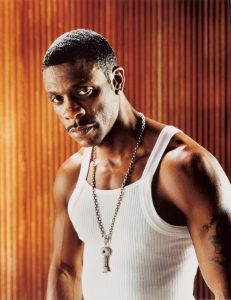 Keith Sweat was born in Harlem, New York to Charles and Juanita Sweat not far from the world-famous Apollo Theater. Unfortunately, at the age of 12, Keith lost his father, a factory worker. He attended City College of New York and received a degree in communications. While in college he worked at Macy’s as a clerk. Before beginning his career as an artist he worked in the New York Stock Exchange in the commodities market.

In 1975 Sweat was a member of the band Jamilah in Harlem. With this band he traveled and performed throughout New York, New Jersey and Connecticut. In 1984 he branched out on his own and frequently performed in New York City nightclubs. He recorded one single “My Mind Is Made Up” with Stadium records an independent label that had only released two albums prior to Sweats. He co-wrote and co-produced “You Are The One For Me” by the group GQ for Stadium records. During that time he also wrote and produced the song “All I Want is My Baby” for singer Roberta Gilliam in 1985.

In November 1987 Keith Sweat released his debut album Make It Last Forever and set his path towards fame and success. He enjoyed many successes as a result of this album, skyrocketing towards the top of both R&B and pop charts and selling over three million copies. Four of the songs on this album landed on the pop or R&B charts and in some cases both. The hit “I Want Her” skyrocketed to number one on the R&B charts while hitting number five on the pop charts. The songs “Make It Last Forever” reached number two and “Something Just Ain’t Right” reached number three both on the R&B charts. As a result of his success with this album, Sweat moved away from his job as a brokerage assistant on Wall Street.

In the late 80s into the early 90s a new sound began to emerge called New Jack Swing. This form incorporated hip-hop with contemporary soul, high-tech funk and in some cases rap and lasted for approximately six years. Keith Sweat was considered one of the stars of the new jack swing era highly influential when it comes to this form of music. In fact, many historians studying this form of music feel that it was his 1987debut album Make It Last Forever that kicked off the genre. His 1991 album Keep it Coming and the track “Why Me Baby” featuring LL Cool J is considered one of his final New Jack Swing albums.

In 1994 he released a fourth album entitled Get Up On It. From this album he had yet another hit in the track “How Do You Like It?” In 1996 he entered a non-music related endeavor by opening the nightclub “The Industry” which was meant as a nightclub for celebrities where they could relax with other celebrities. Following the opening of his club Sweat released a fifth album simply named Keith Sweat. The tracks “Twisted” and “Nobody” moved up to the top five on the pop charts. In 1998 he released the album Still in the Game which went Platinum. He has continued to release albums, although these later ventures have not reached the level of success that his earlier albums achieved. In 2000 he released the album Didn’t See Me Coming, in 2002 Rebirth and in 2003 Keith Sweat Live; all under Elektra. In 2007 he releases the Christmas album Christmas of Love and Sweat Hotel Live. In 2008 with the label Atco, Sweat released Just Me and Some More. His most recent album as of 2011 is Ridin’ Solo, which was released in 2010 by Kedar.

In 1992 Keith and his label Keia Records founded the music group Silk and was instrumental in the creation of their debut album entitled Lose Control. Silk’s album reached the number seven spot on Billboard 200 album chart and in May of 1993 their single “Freak Me” reached number one Billboards Hot 100. he released their albums from his label Keia Records. Another group founded by Sweat was the all female group Kut Klose in 1995. He produced the R&B groups debut album called Surrender as well as the single “I Like” which reached number eight on the Hot R&B/Hip-Hop chart. Also during the 1990s he acted as producer for several groups in addition to Silk and Kut Klose such as Dru Hill and Ol’ Skool, which he himself had discovered in 1997. Around 1997 he teamed up with other R&B superstars Johnny Gill and Gerald Levert. The trio released an album in 1997 called Levert. Sweat.Gill and went by the name LSG which made it to number four on the U.S. Billboard 200 and was certified double Platinum. As a producer, Keith Sweat has worked with and produced:

Sweat Hotel
In 2007 Sweat began broadcasting a syndicated radio show in currently 21 markets in the United States called The Sweat Hotel. The show plays music from the 70s to current releases and it is broadcast in Atlanta from his studio at Premiere Radio Networks. It airs every day from 7pm to midnight. Also in 2007 he produced the CD Sweat Hotel Live.