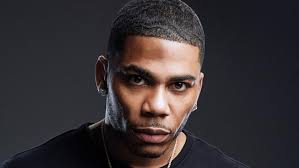 A savvy pop-rapper with crossover appeal, Nelly seemed like a novelty when he first debuted in 2000 with “Country Grammar (Hot…),” yet he was no one-hit wonder, consistently returning to the pop charts with smash hits like “Hot in Herre,” “Grillz,” and “Dilemma.” His universality was partly rooted in his hometown — the Gateway City, officially known as St. Louis, Missouri — which set him apart from all of the prevailing rap styles of his time. He wasn’t from the East or West Coast, nor was he from the South. Nelly‘s locale certainly informed his rapping style, which was both country and urban at the same time, as well as his dialect, which combined a Southern drawl with Midwestern twang. Plus, Nelly never shied away from a pop-rap approach, embracing a singalong vocal style that made his hooks catchier than most, thanks also in part to his standby producer, Jason “Jay E” Epperson. As a result, Nelly became a rapper capable of crossing practically all boundaries, from the Dirty South to MTV’s Total Request Live and everything in between. His first hit, “Country Grammar (Hot…),” became a nationwide summer anthem in 2000, and many more smash hits followed during the remainder of the decade.

Born Cornell Haynes, Jr., on November 2, 1974, Nelly moved with his mother from downtown St. Louis to the slightly more suburban University City as a teen. There, he chiefly attended to baseball and rap, forming the St. Lunatics with a group of his peers (including Big Lee, Kyjuan, Murphy Lee, and City Spud). The St. Lunatics enjoyed a regional hit in 1996 with the self-produced single “Gimmie What You Got,” but no recording deal was forthcoming. Frustrated with failed attempts to land a record deal as a group, the St. Lunatics collectively decided that Nelly would have a better chance as a solo act. The rest of the group could follow with solo albums of their own. The gamble paid off, and soon Nelly caught the attention of Universal, who signed him to a solo deal.

His debut album, Country Grammar (2000), featured contributions from the St. Lunatics as well as the Teamsters, Lil Wayne, and Cedric the Entertainer, and thanks to the widespread popularity of lead single “Country Grammar (Hot…),” Country Grammar debuted at number three on the Billboard 200 album chart, climbing to the top spot soon afterward. In addition to the Top Ten title track, Country Grammar spawned the hit singles “E.I.,” “Ride wit Me,” and “Batter Up.” In the wake of Nelly‘s remarkable breakthrough success, he recorded a group album with the St. Lunatics, Free City (2001); released by Universal, the album charted in the Top Three and spawned a moderate hit, “Midwest Swing,” which cracked the Billboard Hot 100 at number 88.

The following summer Nelly returned with his second album, Nellyville (2002), and lived up to his self-proclaimed billing as “#1” (i.e., the title of his 2001 hit from the Training Day soundtrack): Nellyville topped the Billboard album chart, while the Neptunes-produced lead single, “Hot in Herre,” remained atop the singles chart. In all, Nelly impressively held the number one spot on ten different Billboard charts the week of Nellyville‘s release, and he remained a chart presence as he released a string of follow-up singles: “Dilemma” (a chart-topper), “Air Force Ones” (a Top Three hit), “Work It” (featuring Justin Timberlake), and “Pimp Juice” (the source of some controversy).

Even after Nellyville ran its course commercially, Nelly‘s hit streak continued unabated, with “Iz U” (from his stopgap remix album Derrty Versions [2003]) and “Shake Ya Tailfeather” (from the Bad Boys II [2003] soundtrack) keeping him in the spotlight while he readied his separately released double-disc Sweatsuit (2004) project (following the lead of OutKast and R. Kelly, who had both recently released very successful two-disc sets). Sweat and Suit were led by a pair of red-hot singles — “Flap Your Wings” (a club jam) and “My Place” (a slow jam) — and debuted at the top two spots on the Billboard 200 album chart. Follow-up singles included “Tilt Ya Head Back” (featuring Christina Aguilera), “Over and Over” (Tim McGraw), “Na-Na-Na-Na” (Jazze Pha), and “N Dey Say.” Sweat and Suit were later bundled as Sweatsuit (2005), along with the new song “Grillz,” itself a number one hit. The time between its release and that of Brass Knuckles (2008) was the longest Nelly went between albums to date, though he did collaborate frequently (with Ashanti, R. Kelly, and T.I., to name only a few) during the downtime. The star-studded 5.0 (2010) featured the singles “Just a Dream” (produced by Jim Jonsin) and “Move That Body” (produced by Dr. Luke and Max Martin, featuring Akon and T-Pain). His 2013 effort M.O. featured numerous tracks with Pharrell, plus Nicki Minaj and Nelly Furtado as guest stars. Nellyville, a BET reality series, started airing in November 2014. “The Fix,” featuring Jeremih, came the following year and was his 27th single to appear on the Hot 100.