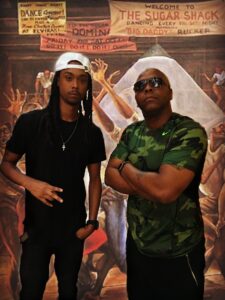 Interested in the bottom-heavy sound of Miami bass, the pair began producing and worked with Icy J and Three Grand before creating the most popular bass anthem of all time, “Whoot (There It Is).

“Recorded as 95 South, the single went platinum three times over in 1993 and led to work with dIS-N-dAT (“Freak Me Baby”) and for 69 Boyz, the double-platinum single “Tootsee Roll.

“As producers of “Tootsee Roll” and the subsequent album by 69 Boyz (199Quad), C.C. and Jay Ski picked up an award for Billboard‘s Best Rap Single of 1994 and placed in the top ten producers of that year.

In 1995, the duo united as Quad City DJ’s and produced another platinum hit — “C’Mon N’ Ride It (Ride the Train). The following album, Get on Up and Dance, hit the Top 40 and was certified gold.