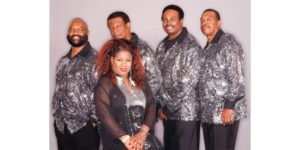 In their twenty-five year recording history, Rose Royce music is currently being played on radio stations all over the world, such sensations as “CAR WASH” “Wishing on a Star”,      “I Wanna Get Next To You“, just to name a few.

the world  and perform at sold out venues world wide.

Although ROSE ROYCE  is best known for their great ballads, they are one of the funkiest bands around.

Dazzling audiences worldwide, ROSE ROYCE  currently tour the United States as well as other parts of the world with their amazing and exciting show.

and has successfully managed to stay fresh and attract new fans.