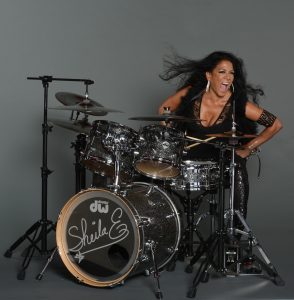 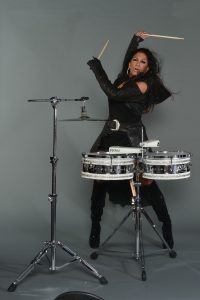 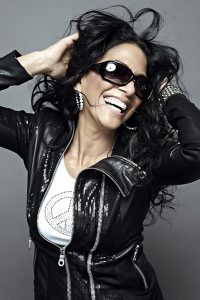 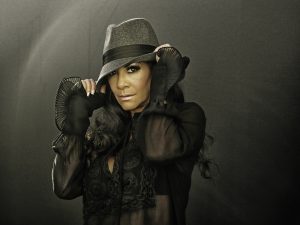 One of life’s constants for Sheila E. comes down to a simple phrase: follow the beat. And her impeccable inner rhythm is the pulse behind a trailblazing career that still knows no bounds.

These career checkpoints all converge in 2014 with two new Sheila E. projects. Coming soon is the release of her first album in 13 years, the aptly titled “Icon” (Stilettoflats Music, March 25, 2014).  Leading the charge is first single, “Mona Lisa.” Then the indefatigable multi-talent will add author to her list of accomplishments with Simon & Schuster’s September publication of her autobiography, “The Beat Of My Own Drum.”

“The idea to record another solo album was actually spawned while I was writing the autobiography,” recalls Sheila E. “I realized that some of the experiences I was writing about should be songs. That’s when I also began looking back at songs I’d written several years earlier and forgotten about, but whose themes needed to be talked about in the book. Both fed each other.”

As the musical half of Sheila E.’s storied life and career, Icon pulsates from start to finish with colorful fusions of the pop, R&B, funk, rock, Latin and jazz influences that shaped her unique style. The 16-track set opens with the soaring “Butterfly,” the first of four interludes that subtly yet powerfully illuminate the versatile talent behind the music. “Butterfly” reflects part of the journey in my book,” explains Sheila E., nicknamed butterfly by a family friend.  “It’s who I am as a person. I always wanted to fly, to be the first female astronaut on the moon. It’s me running track, running free. That’s how I play.”

The album takes off from there, with most songs produced live, specifically solos, in one or two takes. “I’m used to playing live,” says Sheila E., who also produced the project. “Why would I punch in my soul?”

She unleashes that soul on feisty first single, “Mona Lisa.”  Drawn from Sheila E.’s Latin roots, the track vibrantly chronicles a story about a woman who never lost sight of her dream: to perform. That’s just one of several potential singles on Icon. “Fiesta” opens with guest rapper B. Slade’s teasing declaration, “Just drop that beat on that.” Then the hot club jam powers up as Sheila E. drums out an infectious beat throbbing with intensity—“Can’t nobody rock a party like Sheila E.,” raps B. Slade—before closing with her coquettish laugh. A mid-tempo downshift yields the feel-good track “Lovely Day.” Its message about focusing on the bright side of life takes the song on a surprising turn as it morphs into a gospel/funk vibe reminiscent of Sly Stone.

Joining Sheila E. on her musical reverie are two singular storytellers in their own right: singer Ledisi and pioneering rapper MC Lyte. The latter’s signature edgy flow spices up the saucy themed “Nasty Thang,” while outlining the drama and glamour that often comes with a life in the music industry. Ledisi adds a poignant touch to “Girl Like Me,” an honest, empowering message about surviving abuse.  An abuse survivor herself, Sheila E. originally penned the song to perform with her 2007 female band C.O.E.D. (Chronicles of Every Diva). Rounding out Icon is a new version of the funky tour de force “Leader of the Band.” The song features Sheila and the E Family (father Pete and brothers Juan and Peter Michael) as well as Prince, on piano.

“I love playing this song,” says Sheila E., “so I re-recorded, while still leaving a little room for Prince. It’s about how I was influenced by my pops [the legendary Pete Escovedo] and  [songwriter/producer/musician] George Duke. That a female can be in charge and bring it just as hard.”

Icon ends as it begins with another moving interlude, “Now Is the Hour.” A duet featuring Sheila E. and her beloved “moms,” Escovedo matriarch Juanita, the clip dates back to Sheila E.’s childhood.